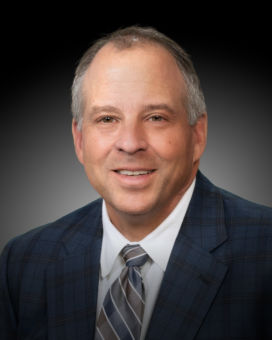 Phase IV of Central Electric Cooperative’s gradual rate design begins in January 2023. Residential members will see a slight decrease in the kilowatt-hour energy charge, offset by a slight increase in the monthly facilities charge on their February statements. On average, the typical residential bill will remain unchanged.

The transitional rate redesign, which began in 2017 and ends in 2025, addresses an imbalance in the rate structure. Phase IV marks the fourth of five phases—every odd year over eight years.

Historically, the utility industry blended all expenses into a customer’s energy use charge, as did CEC. Out of convenience, the practice entailed lumping a utility’s fixed costs—operations, inventory, maintenance, repairs and administrative overhead—with the kilowatt-hour charge.

The practice led to a twofold problem. First, the methodology painted an inaccurate perception among members that the co-op’s services were defined solely by their electricity use, unaware of the fixed costs to run the utility. Secondly, while the co-op’s expense to buy energy for its members fluctuates based on weather and the energy markets, fixed costs remain constant and steadily increase. Over time, the co-op’s fixed costs outpaced revenues reliant on selling energy.

CEC began addressing the issue in 1978 when it added a customer charge—later named the facilities charge—to add some revenue stability. It started with gradual increases—initially, $6.25 a month, climbing to $12.77 before launching the rate redesign in January 2017. However, the charge did not keep pace. CEC’s fixed costs significantly exceeded revenues and put the co-op’s rate design out of balance.

Various factors contributed to this imbalance. The weather is the chief driver of electricity demand and has become more unpredictable and extreme, creating strong fluctuations in revenue and making business management more challenging. Also, the electric industry has rapidly evolved, with emerging technologies affording customers multiple ways to reduce their energy use through efficiency and rooftop solar.

CEC applauds and encourages members’ efforts to reduce their energy use. Nevertheless, the unintended consequences resulted in fewer members helping the
co-op recover its fixed costs, leaving other members to pick up the balance. The inequity required separating or decoupling fixed costs from electricity use.

To create a balanced solution, 10 volunteer co-op members representing all customer classes served on a rate design advisory committee in 2016. After studying various options, the board of directors adopted their recommendations.

The committee’s efforts achieved a revenue-neutral redesigned rate structure to bring fairness and balance among the different rate categories. Once we cross the finish line in 2025, members will pay for the energy they use and their fair share to operate the utility.