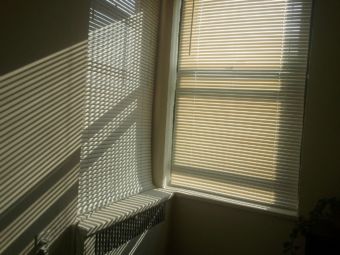 A study by two federal agencies used rigorous science and analysis to dissect window-covering choices—how you use them, where you install them and whether they really save energy. These days, every penny counts, which is why Central Electric Cooperative always recommends finding ways to be energy efficient around the house.

“Windows can account for 25 to 40 percent of annual heating and cooling costs, especially in older homes,” says Ryan Davies, CEC Customer & Energy Services Supervisor. “Blinds, shades, films and drapes are all good options to consider if old or inefficient windows can’t be replaced.”

According to a joint government and industry research effort (including the U.S. Department of Energy, the Environmental Protection Agency, Lawrence Berkeley National Laboratory and the Window Covering Manufacturers Association), window coverings—blinds, shades, curtains and awnings—could save significant amounts of energy at a relatively low cost to the consumer. Researchers next want to quantify how much energy consumer households could save based on the dominant types of window coverings used, in which climate zones people live and how U.S. households currently operate their window treatments. In the meantime, you may want to give your window treatments a second look when it comes to cooling, heating and comfort in your home.

“It’s important to remember that location, placement and materials are key,” said Davies. “Windows facing west let in the hottest light and need the most coverage, while windows facing south are the most important natural light source and only need light coverage.”

Drapery.  During the winter months and in cold climates, draperies work best. Their ability to reduce heat loss depends on fabric type (closed or open weave), color, the season and other factors. Keeping drapes drawn during the winter, especially at night, could save up to 10 percent of heat loss from a warm room. When hanging draperies, make sure they are placed as close to windows as possible to reduce heat exchange and that they are long enough to fall onto a windowsill or floor.

Shades. Shades—pleated or cellular, quilted roller and dual—are one of the simplest product choices for insulating rooms. But depending on the material, some are more energy efficient than others. Cellular or pleated shades are one example of an energy efficient choice. They can help keep air from either entering or escaping your home. Dual shades—highly reflective (white) on one side and heat absorbing (dark) on the other side—are also energy efficient and can be reversed with the seasons. In the summer, lower shades on sunlit windows. Shades on the south side of a house should be raised in the winter during the day, then lowered at night.

Interior blinds. Because of their spacing and openings, blinds tend to be more effective at reducing summer heat gain than winter heat loss. But the level of cooling and heating can also be influenced by the position of the slats. When completely closed and lowered at a sun-filled window, for example, heat gain can be reduced by around 45 percent, according to industry estimates. Slats can also be adjusted to block and reflect sunlight onto a light-colored ceiling.

Window film. Residential window films can be high-end and permanent or inexpensive and temporary solutions to improve the energy efficiency of windows. Clear solar-control window films can block up to 84 percent of the solar energy that would normally enter through windows, according to the International Window Film Association, a nonprofit organization of window film dealers, distributors and manufacturers. When installed well, you may not even know some types of film have been applied to your interior windows, manufacturers say, but they’re working year-round to block ultraviolet light in summer and retain warmth in the winter.

With these and other carefully selected window treatments, you can reduce heat loss in the winter and heat gain in the summer – keeping your house comfortable and your energy bills lower.